All About Volatile Corrosion Inhibitors (VCI) 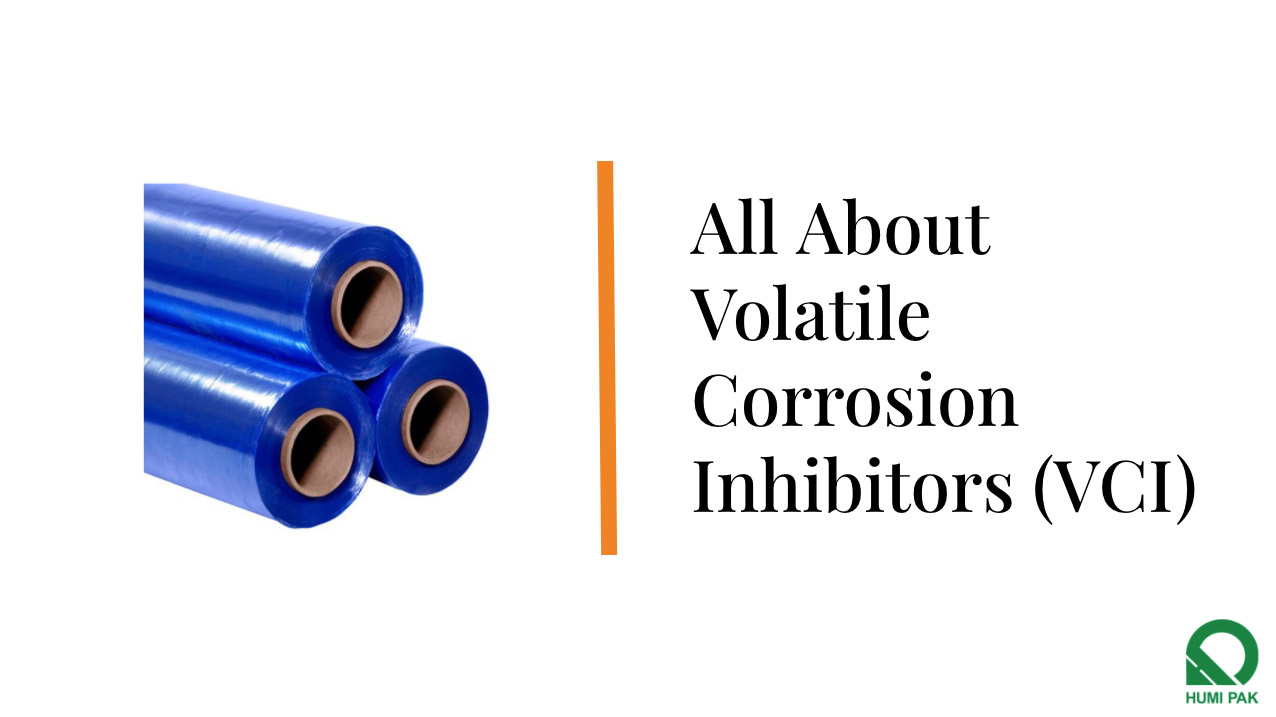 Volatile Corrosion Inhibitors or Vapour Corrosion Inhibitors (VCI) are chemical compounds that release vapors into enclosed spaces to prevent corrosion on a metal surface. They protect metal parts from rusting while in use, in storage, or transit. The Volatile Corrosion Inhibitor (VCI) is a chemical substance that reduces corrosion and is ideal for keeping enclosed void spaces rust-free. They have sufficient vapour pressure to release molecules from the compound into the air. VCIs come in various formulations, for example, films, oils, coatings, cleaners, etc. There are also a variety of formulations that protect ferrous, nonferrous, or multi-metal applications.

Corrosion happens when an electrolyte is present on the surface of a metal. The electrons then flow from high-energy areas of the metal to low-energy areas in a loop through the electrolyte. The corrosion process results in the formation of oxidation on the metal surface. With the presence of VCI, electrical current cannot flow from the anode through the electrolyte into the cathode. The VCI molecules attach themselves to a metal surface to form an invisible, thin film to protect the metal from corrosion.

VCI technology has many advantages. As suggested, it typically does not require the special removal of a coating or greasy rust preventative, reducing labor time and hazardous waste disposal fees from cleaning off traditional petroleum-based rust preventatives—often with solvent-based cleaners. It also solves the problem of protecting intricate equipment internals (e.g., pipes, boilers, valves) where it would be difficult if not impossible to apply a coating or liquid rust preventative. VCIs do not require a constant source of electricity as needed for dehumidification systems. VCI technologies protect multiple metal types and work in various phases — liquid, vapor, and interface — so they can be used to inhibit corrosion on metal surfaces below and above the fluid level in water treatment or oil and gas applications. The characteristics of VCI packaging material work together to save time and money and offer more thorough, reliable, and easier-to-use protection than various other metals preservation strategies.

VCI protection is a function of:

Different types of VCI Brand In the Market

VCI has many types of brands in the market: We (Humipak Sdn Bhd) try to cooperate with each of them depend on customers’ needs.

VCI Paper or VCI Film User VCI Paper/VCI Film is frequently used to wrap metals during transportation or storage to prevent corrosion. When the VCI Film is in direct contact with the metal, VCI molecules adsorb on the metal surfaces, creating an invisible molecular barrier against corrosive elements such as oxygen, moisture, and chlorides. As VCI molecules vaporise out of the film and diffuse throughout the package, they also form a protective molecular layer on metal surfaces. The molecular layer is not in direct contact with the film. When the packaging is removed, the VCI molecules will vaporise and float away.

At Humi Pak Sdn Bhd, we offer easy-to-use and cost-effective VCI Papers made from natural kraft or paper. Wrap the metal components or products, fold the edges so that the air does not flow to the packaged product. Adhesive tape can be used for holding the paper folds together. The Volatile Chemical Inhibitors molecules present in the paper vaporise to form a protective coating on the metal surface wrapped within the VCI Paper. We can also provide custom VCI Papers in bags, wraps, and sheets in different materials, qualities, and sizes. We have all data sheets to provide and technical support.

We have VCI Films in Yellow Ferrous VCI Film, Green Multimetal VCI Film, and many more which generally consists of polyethylene film.

VCI Film is also available in a variety of colours and thicknesses (from 25 to 250 microns), in sheeting, tubing, flat and gusseted bags, skin, stretch and shrink film, elasticated masking bags and drawstring bags. They can be branded if required.

Why do we need to use VCI?

Where can VCI be used at?

VCI can be used in the Steel Industry, Automotive Industry, and many more.

Title: Power Train Manufacturer Saves Over $30.000 a year with the use of VCI Bag

A Tier 1 automotive powertrain manufacturer started producing a new part that required Zerust® VCI protection during shipment to the end-user. The manufacturer had an existing supply of Zerust® 2 mil Ferrous Yellow VCI bags. However, the VCI bags were too large for their new application, and they found their employees were spending extra time on close winding the excess material into a twist to seal the VCI bag closed in the returnable tote. They contacted Zerust® to find a streamlined solution to make it easier for their employees to pack and close the VCI bags, allowing them to save on time and material costs.

A local Zerust® representative visited the customer’s facility to measure the tote used for their new part, and a new optimal VCI bag size was calculated. Samples were produced and a test fit exercise was conducted on-site at the production line by the Zerust® representative. Easier for their employees to pack and close the VCI bags, allowing them to save on time and material costs.