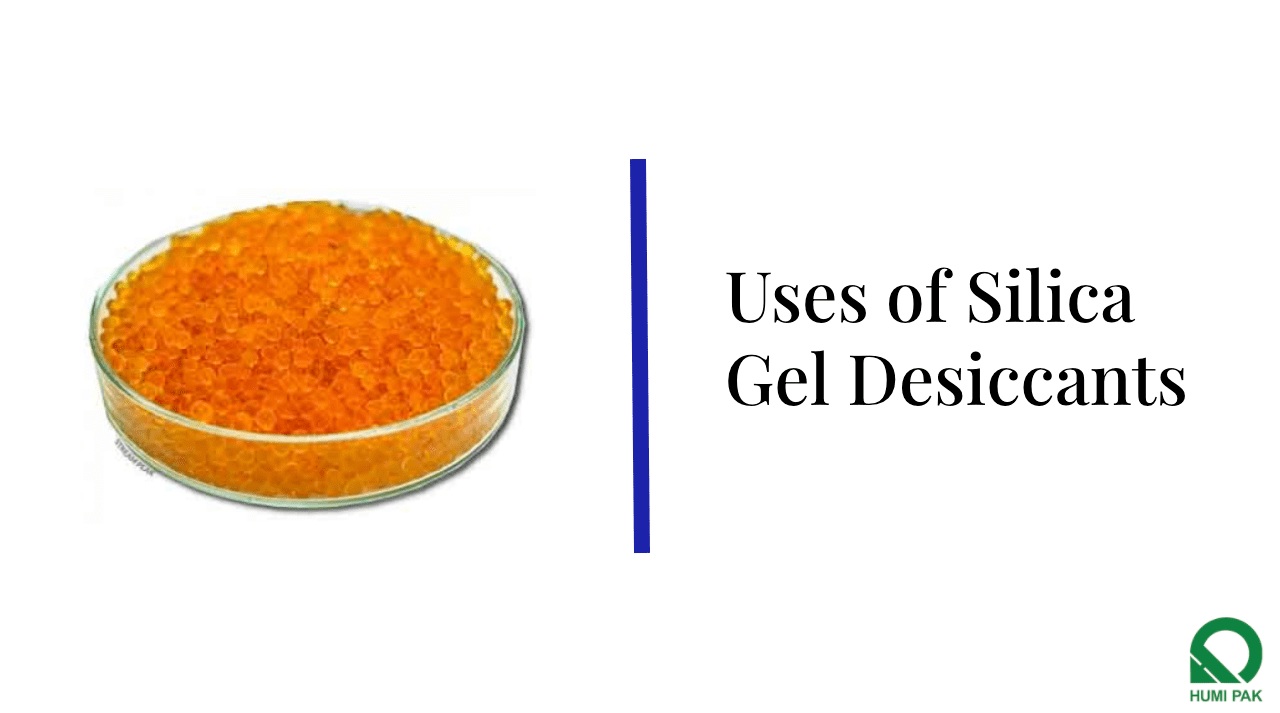 Silica Gels are made up of amorphous forms of silicon dioxide with atoms of an irregular framework and are usually packed in a small sachet. Each desiccant bead has a large surface area of around 800m2/g due to its many tiny, interconnected pores. The desiccant is a tridimensional structure of oxygen and silicon atoms with nanometer voids spaces. Even when saturated with moisture, these tiny pores hold on to the water molecules by capillary condensation, making the beads appear dry. Silica gels also commonly function as a moisture indicator that stabilises and maintains the relative humidity in the surrounding environment or enclosed space by absorbing and desorbing moisture. Effectively absorbing moisture and humidity reduces the likelihood of mould growth and can prevent food spoilage. 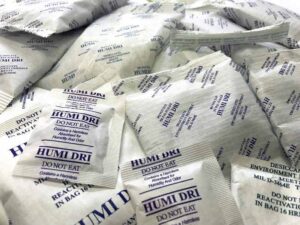 Silica Gel desiccant also offers several advantages. They are non-toxic, odourless, and non-corrosive, making them ideal for large-volume desiccant dryers that need less energy. They are inert and do not disrupt other materials, and have very stable thermal and chemical properties compared to other desiccants. Silica Gels can also be easy to pack and come in various sizes for a variety of applications. The desiccant is available in 3 types – white, blue and orange, for different humidity detection and control purposes.

As a desiccant, Silica Gels serve as drying agents that can hold up to 40% of their weight in water. Their function is to absorb and pull all moisture away from products around them, which explains why they are typically found in packages in which products are needed to be kept dry and protected from excess moisture, corrosion, contamination, growth of mould or spoilage. Silica Gel packets are usually thrown away due to the majority’s unawareness of other surprising benefits and usages Silica Gel packets might bring along. Desiccant packets are suitable for reuse at home in areas where excess moisture is a concern. Below are some ways to do so.

Prevent rust by absorbing excess moisture using Silica Gel. Silica Gels can be applied to any item potentially exposed to corrosion, such as razor blades, silverware and even jewellery. Maintain razor blades and keep them dry by dabbing off excess water and putting them in a container filled with Silica Gel packets. Jewellery and antique silverware that require polishing can reduce tarnish by preserving your silver and bling with a Silica Gel packet or two. These desiccant packets prevent corrosion by removing moisture, which causes tarnish as it reacts with sulfur in the air.

Prevent mould growth with silica gel, which is relevant for leather bags, shoes, and accessories. Leather holds moisture and naturally contains mould-friendly nutrients, which can easily lead to mould growth as mould can and will grow on any wet surface if the conditions are right. These accessories are also usually kept in storage, which increases the risk of fungal growth and deterioration of the leather goods, more so with humidity levels in Singapore being as high as 90% RH. Reduce mould growth and maintain your leather products by placing Silica Gel packets in the storage.

Electronic items such as phones, tablets, headphones, camera, accessories, and many more are particularly moisture and condensation sensitive. To prevent any risk of moisture damage, store all miscellaneous electronic items in a bag or container, and put in a few Silica Gel packets before sealing them up. Headphones or earphones are usually warmer after usage. They are closer to the human body, so before putting them back into their cases, dehumidify them with Silica Gel packets to reduce potential fungal or bacteria growth.

Dry Out a Wet Phone

Rice can dry a wet phone, but it can be dusty, and rice grains can get trapped inside the headphone jack and charging port. The alternative way to remove moisture from a wet phone without risking damage to the ports is to use Silica Gels. Place the phone in a Ziploc bag with Silica Gel packets sufficient to fully encase it. Seal the bag and let it sit for 24-48 hours before switching the phone on again.

Pet owners who purchase food in bulk can use silica gel to extend shelf life. Keep dry treats and kibble from becoming stale by storing the food in an airtight container with a desiccant packet securely taped to the underside of the lid. Using Silica Gel will reduce excess moisture, and together with proper packaging, the food would stay fresh for a longer time.

Fog on car windshields is a common problem during rainy seasons, and it is dangerous if the driver has poor visibility on the road. The fog is caused solely because of the condensation produced by a high humidity level inside the vehicle. Dehumidify the surroundings in the car by scattering a few Silica Gel packets on the dashboard closer to the windshield.

Used Gym bags can sometimes smell musty for athletes who work out avidly, especially with all the damp, sweaty towels, shoes, socks, and clothing in them. The funky smell is caused by bacteria that live on moisture, so removing the moisture can eliminate the odour. Throw a few Silica Gel sachets into the bag to absorb excess sweat and moisture, and they will leave your items smelling fresh!

The last recommendation is a unique one. Sometimes, houses may smell bad due to mould hidden in the walls for a long time. It would be expensive and inconvenient to remove the mould, and Silica Gel would help freshen up your home at a much lower cost.