Silicon vs Silica vs Silicone

Most people confuse Silicon, Silica, and Silicone as the same, but all three are quite different. Here is a brief description of each to better understand Silicon vs Silica vs Silicone.

Silicon is one of the 97 building blocks that form our minerals. It is a chemical element represented by the symbol “Si,” and its atomic number is 14. It is a hard semiconductor and tetravalent metalloid, a brittle crystalline solid element with a bluish-grey metallic lustre.

Silicon has a boiling and melting point of 3265ºC and 1414ºC, respectively. There are fourteen electrons in a silicon atom, and an electronic configuration is a ground state that is [Ne] 3s23p2. Four valence electrons occupy two 3p orbitals and one of the 3s orbitals.

Silicon carbides, silicon compounds, can be helpful as abrasives and materials for high-strength ceramics. Silicon also provides the basis for synthetic polymers known as silicones, which we will discuss later in this article. The late 20th to early 21st century has been coined as Silicon Age, also known as the “Information Age” or “Digital Age.” It is all due to the significant impact of elemental silicon on the modern world’s economy.

Silicon is also the second most abundant chemical element in the earth’s crust. Did you know that silicon makes up about 27% of an average rock? Silicon also links up and interacts with oxygen from an essential suite of earth’s minerals known as silicates. These include olivine, Quartz, micas, jadeite, feldspars, thomsonite, and prehnite. Due to the abundance of oxygen in the earth’s crust, it is rare to find pure native silicon in its natural form.

Silicon is used for a commercial purpose that does not require separation and requires minimum processing of silicon-based natural minerals. Some silicon uses include its industrial application in silica sand, clays, and stone. Portland cement uses silicates for stucco and mortar. Mix it with gravel and silica sand; you have concrete for walkways, roads, and foundations. Silicon is also useful in producing white-ware ceramics like porcelain.

Silicon is a semiconductor. It has many important applications in the electronic industry since it is a good conductor of electricity. Although used in a small portion of semiconductor electronics at less than 10%, the highly purified silicon element is essential to MOS or metal-oxide silicon transistors.

Silicon is also used in the synthesis of polymers called silicones. Silicon does not occur as a free element in nature. It always occurs as a mineral with a combination of other elements. Industries such as aluminium casting, steel refining, and fine chemical producers often use free silicon to make fumed silica. Integrated chips also use silicon in the most advanced technology, such as cell phones and computers. It is probably the most manufactured device in a large number than any other in technology and sciences. For example, Metal-oxide Silicon Field-Effect Transistors or MOSFET is the most popular and successful silicon device.

Silicon is also an essential element in biology, although animal physiology only requires traces of silicon in their bodies. However, various ocean species, such as sea sponges and microorganisms like radiolaria and diatoms, are known to secrete silica-based skeletal structures. Silica is also known to deposit in various plant tissues.

Silicon is ideal for use in a wide range of industries. It is an important component in producing alloys (mixing metals with non-metals). Silicon is used in the construction industry and high-tech equipment such as computer chips, solar panels, and transistors.

Silicon is refined in two stages before it is used in electronic devices. After removing the oxygen from the compound, it is refined further to produce hyper-pure silicon, a semiconductor-grade element. Hyperpure Silicon produces many electronic devices, such as transistors, circuit boards, and microchips, all of which have multiple applications.

One of silicon’s most important properties is its ability to function as a semiconductor. Its high melting point and electrical conductivity make it ideal for use in the electronics industry.

Silicon is used to make most solar cells and solar panels because of its physical and chemical properties. It is the best element for solar panels due to its function as a semiconductor. On the other hand, pure silicon is not used because it is a poor conductor. Silicon is mixed with impurities (also known as doping) to absorb and convert solar energy into electricity. 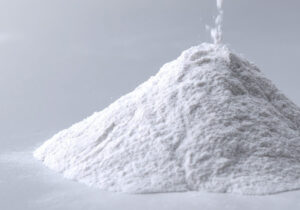 Silica, or Silicon dioxide, is an oxide of silicon, as the name suggests. It has a chemical formula SiO₂ and is mainly found naturally in Quartz and diverse living organisms. Silica is one of the significant constituents of sand in many parts of the world. It is one of the most abundant and complex families of materials. It only exists as synthetic products and compounds of various minerals. Notable examples include fumed silica, aerogels, fused Quartz, and Silica Gel.

A silicon atom displays tetrahedral coordination in most silicates, which means four oxygen atoms surround a single silicon atom in the centre. Quartz polymorphs are the most common example of this phenomenon.

A 3D network solid with each silicon atom bonds covalently in a tetrahedral fashion to four oxygen atoms. However, molten silica exhibits various peculiar physical behaviour and characteristics similar to those in liquid water. These include density maximum at 5000⁰C temperatures, negative temperature expansion, and heat capacity minimum. Molten silica’s density slides from 2.08 g/cm3 at temperatures of 1950⁰C to 2.03 g/cm3 at increased temperatures of 2200 ⁰C.

Silica is naturally found in some foods and is added to many food products and supplements. It is commonly used as an anti-caking agent in foods and supplements to prevent ingredients from clumping or sticking together. It is sometimes added to liquids and beverages to control foaming and thickness.

How is Silica Gel Made?

Silica Gel manufactured for many years is commonly used as a desiccant to absorb moisture to protect goods in their packaging. The process involves a combination of acid and water glass solution. Timing is vital in the process as the formation of the gels is immediate during the composition. Upon completion, the Silica Gel will be distributed accordingly to its mesh size using layers of mesh screens from the top. The Silica Gel has to go through a washing process with ammonia to remove excess salt and then dry them using oven drying. Please find out more about Silica Gel bags in our video here.

Silica is used in the production of glass. Silica beads are also used in chromatographic applications.

Silica has uses in structural materials and as electrical insulators in microelectronics. You will also find silica as a compound in the pharmaceutical and food industries. You must also know that inhaling crystalline silica is toxic to humans. Do note that Silica Gel, amorphous silica, is not crystalline. It can harm your lung tissue and cause severe inflammation, bronchitis, silicosis, and systemic and lung cancer. It can also cause systemic autoimmune diseases such as rheumatoid arthritis and lupus. Crystalline silica is a mineral commonly found in many industrial products at contradiction sites, such as glass, bricks, and artificial stone.

Silica is a functional filler in paints, plastics, and rubber, and silica sand is used in water filtration and agriculture. Other common applications include the construction and upkeep of a wide range of sports and leisure facilities.

Silicones are a diverse family of speciality, high-performance materials that include reactive silanes, silicone fluids, and polymers. These materials are critical to key sectors of our economy, such as health care, aerospace, personal care, electronics, transportation, and construction.

Silicone, also known as polysiloxane, is a synthetic polymer derived from siloxane. It has a chemical representation of “-R2Si-O-SiR2-,” where R represents the organic group. These are generally colourless, rubber, or oil-like substances. Silicones are a significant element used in the industry in adhesives, sealants, lubricants, cooking utensils, medicine, and electrical and thermal insulations. Common silicone forms include silicone grease, silicone resin, silicone oil, silicone rubber, and caulk.

The more precise term to define silicone is polymerized siloxanes. It has a backbone chain consisting of an inorganic silicon-oxygen atom bond (⋯–Si–O–Si–O–Si–O–⋯). Each silicon centre has two organic groups attached to it. These organic groups are commonly methyl. The materials can either be polymeric or cyclic. You can synthesize silicone with various compositions and properties by varying the backbone chain length, crosslinking, and side groups. Silicones come in a variety of consistencies, from gel to liquid to hard plastic to rubber. Linear PDMS or polydimethylsiloxane, which is silicone oil, is the most common siloxane. Do you know the second largest silicone material group is silicone resins based? The formulation is due to cage-like and branched oligosiloxanes.

Silicones are a common component of many products. Some of the most significant categories for silicone applications are as follows:

Silicones provide several advantages to the products in which they are used, including increased flexibility and resistance to moisture, heat, cold, and ultraviolet radiation. Silicones are available in various forms, including solids, liquids, semi-viscous pastes, greases, oils, and rubber. The following are some daily uses of Silicone.

Silicones in personal care products help reduce the white residue and tacky feel of antiperspirants and deodorants. They are also “long-lasting,” helping to retain the colour and glossiness of cosmetics, shampoos, and conditioners. Silicones also help to impart better shine, which allows skincare products to be made with higher SPF. Cosmetics, lotions, sunscreens, and cleansers can be applied smoothly and evenly thanks to their wetting and spreading properties.

Silicone bakeware and cookware have a flexible, nonstick surface that is easy to clean and does not impart flavour or odour to food. Cake pans, muffin tins, and baking mats can be transferred from the freezer to the oven, microwave, or dishwasher without affecting the taste or quality of the food.

Silicones keep water out of goggles and diving masks. Silicones enable new techniques for designing sportswear that is lightweight, durable, water-repellent, and high performing while still allowing the fabric to “breathe.”

In conclusion, though Silicon, Silica, and Silicone sound and have similar spelling, they are vastly different from one another in terms of their properties and uses.