All About Stretch Film For Packaging

Home / Blog / All About Stretch Film For Packaging 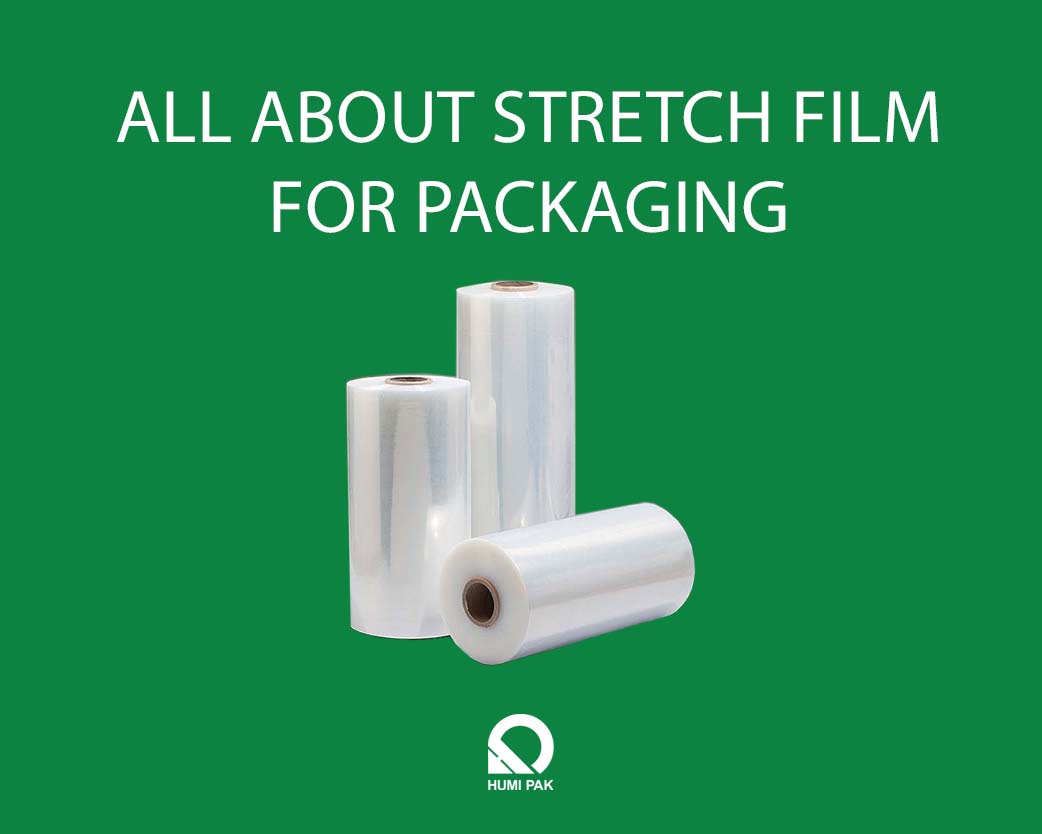 How is it Made?

There are two methods of making a stretch film:

Blown Stretch Film is made by forcing molten resin through a circular die. It leads to the creation of a tube that is blown about 30 feet high. The bubble produced is then flattened and cut into strips, which create rolls of flat film when rolled. This process is complex, thus making blown stretch films more expensive. Blown stretch film is also more opaque as it tends to crystallise during the process.

The cast stretch film method produces cast film by passing molten resin through a large extruder. This method forces a thin film layer over a large, cooled drum. The resulting cooled layer of plastic is cut and rolled into rolls of Stretch Film. This method is quieter and produces a tear-resistant film but has limited puncture resistance.

Applications of Stretch Film and When to Use Them

Stretch Films are versatile and are available in various widths and thicknesses to suit a wide range of applications. It is commonly used to keep boxes and pallets together and everyday items like food and paint containers, safe from moisture, dust, and other contaminants.

There are two methods of applying Stretch Film to a load: by hand and by machine.

1) Hand Wrap Stretch Film must be applied and removed from the load by an operator while unloading. The amount of tension used is determined by the operator. It is commonly used in low-volume applications. In comparison, hand stretch film rolls are lighter and shorter. They are easier for users to operate.

Stretch Film is waterproof and protects products from moisture and other contaminants during shipping, transportation, and handling. This reduces shipping damages and the possibility of theft and pilferage.

The linear low-density polyethene material, made with a Stretch Film, can be categorised in recycling programs.

Stretch Film and the equipment needed to use it are less expensive than alternatives and thus can potentially save many stocks.

How to calculate how much stretch film is needed?

A common question when ordering a stretch film is how much you need. It is impossible and inconvenient to spread the stretch film roll until it ends to figure out the length and then roll it back. There are several solutions and tips to help figure out how much is needed.

First, consider the length, width, and gauge when calculating the stretch wrap required. Stretch wrap rolls of 1,000′ or 1,500′ length are adequate for moving most homes. In contrast, a 2,000′ length roll is recommended if relocating office space.

The width size standards range from 5 to 22 inches, with 18 inches being the most common size for hand stretch wrap. It is recommended to avoid stretch film rolls less than 16 inches wide. Smaller stretch wrap widths do not provide the same level of protection and can allow dust and dirt to enter.

The gauge of a sheet is a measurement of its thickness—the thinner the film, the lower the number. Thin film is easier to apply and stretch, thus ideal for light loads like small furniture and kitchen appliances. Thick film protects heavier objects without tearing, such as sofas, but it can be more challenging to apply. The most common stretch wrap film gauge is 80 gauge which offers the right balance between strength and easy application.